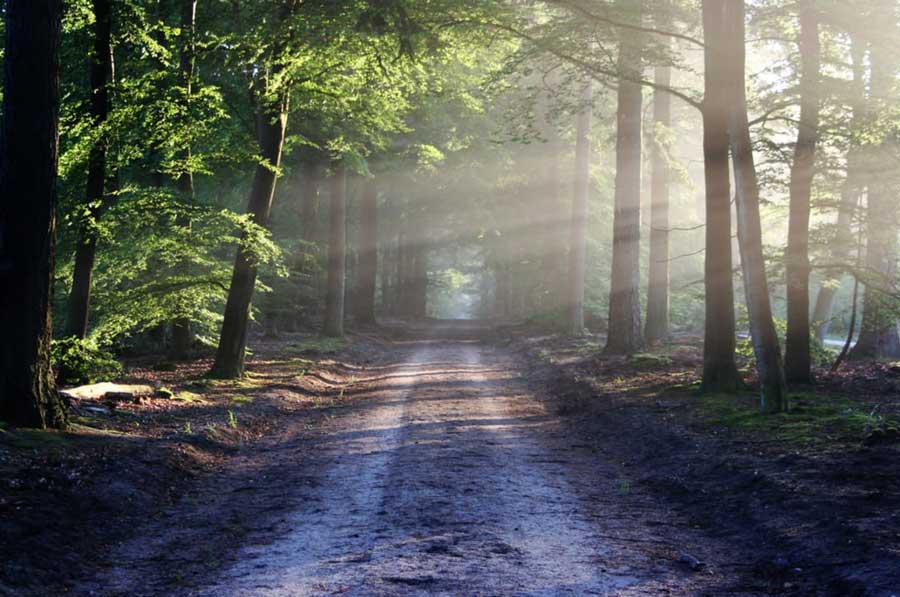 When first beginning to study numerology, the Life Path Number is the easiest and best place to start.  It represents the most fundamental aspects of your life, and is the foundation of any numerology chart reading.  The Life Path, or LP Number speaks to the various up and down changes you have and will experience in life, also known as life flow.

Calculating life path number is very simple. First, start with your birthday in standard (MM/DD/YYYY) format.  Write your birthday in this format and then add each number together, getting a single result.  If the result is more than one digit, continue adding the digits together until you arrive with a single digit number.

After deriving this number from your birth date, we can now interpret your Life Path.

Here are the basic numerology interpretations of this number: 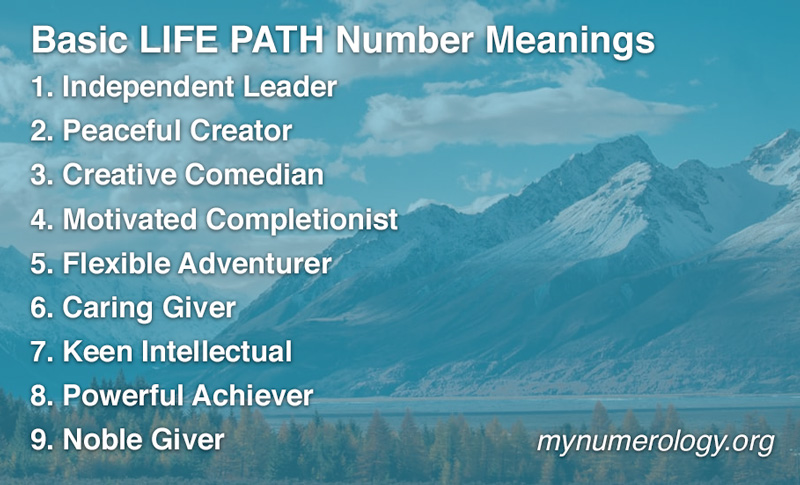 To learn more about these meanings, checkout the links below to more detailed descriptions: 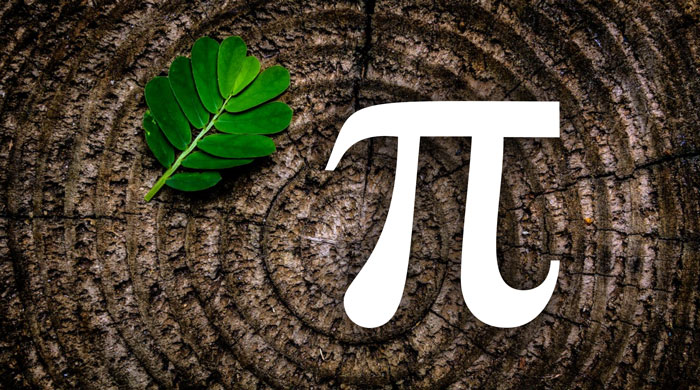 Pi Day is celebrated each year my math and numeral enthusiasts on March 14th. Pi, the mathematical constant that describes the ratio between a circle’s ratio and circumference, is often rounded to the value 3.14. That’s why the number is celebrated on March 14th (3-14), the 14th day of the 3rd month.

Pi is a non-terminating decimal value, meaning that it is an infinitely long series of decimals. In other words, the exact value can never be known – we will always be working with an approximation.

For example, here is Pi rounded to 10 decimal places:

What does Pi have to do with numerology? The thing I find most interesting about Pi is it’s infinite nature. Something as fundamental as Pi, which can be used to describe to size, volume and orbit of planets, is infinitely precise. It’s a tangible example of the infinities we experience in each moment, as well as the depth of the universe around us. We are just beginning to understand! 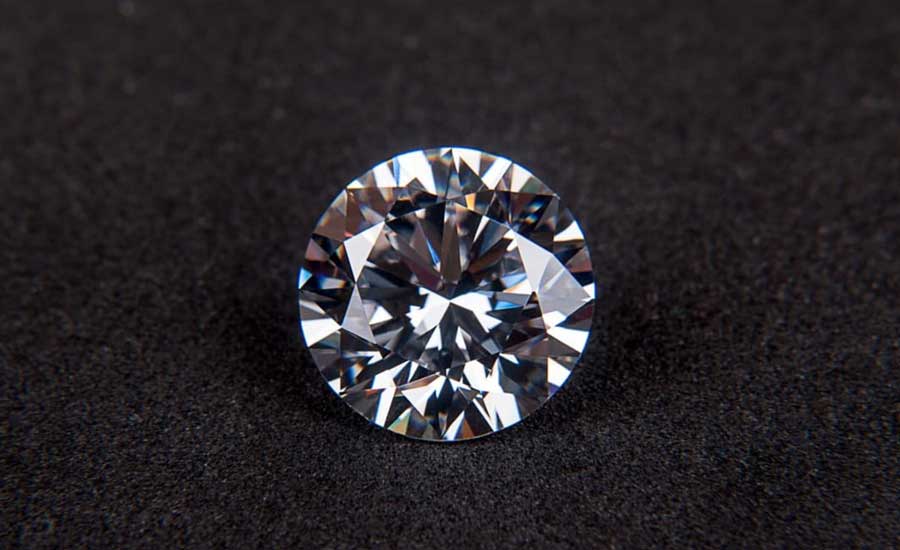 There are many known systems of tying specific gem stones to birth month or day, and numerology is no exception. Based on one’s Life Path Number, there are recommendations for specific precious stones that can enhance your results.  Wearing jewelry with your Life Path’s recommended gem unlocks symmetry between your soul’s vibration and that of the stone.  Because gems take thousands of years to form, they are deeply connected with geological processes and are dense points of connection.   Using precious gems to tap into these connections has long been known intuitively by students of numerology, but is now much more understood as we have advanced our knowledge of how gems are formed.

Each Life Path Number has a specific corresponding gem that will amplify and enhance vibration:

The quality of stone is hugely important.  The higher quality gem you use, the stronger your results will be.  In other words, the more pure the internal structure of the gem stone is, the better it aligns with the values and powers you seek to connect with. Gem stone quality is measured based on several factors, primarily clarity and color.  The clarity scale below will help you better judge the expected quality:

Again, it is strongly recommended to get the best gem stone quality you can afford.  VS Clarity or better will offer the best results.

It is often asked if imitation gems or costume gems have the same effect.  Because these are typically made of plastic, they unfortunately offer little to no value in this context.  Though wearing this type of jewelry can enhance your confidence and provide some benefit, it is not actually connecting you to the forces of numerological vibration, and therefore has very limited benefit.  That being said, if you can’t find or afford the right genuine gem, this would be better than nothing and may be a good way to start out. 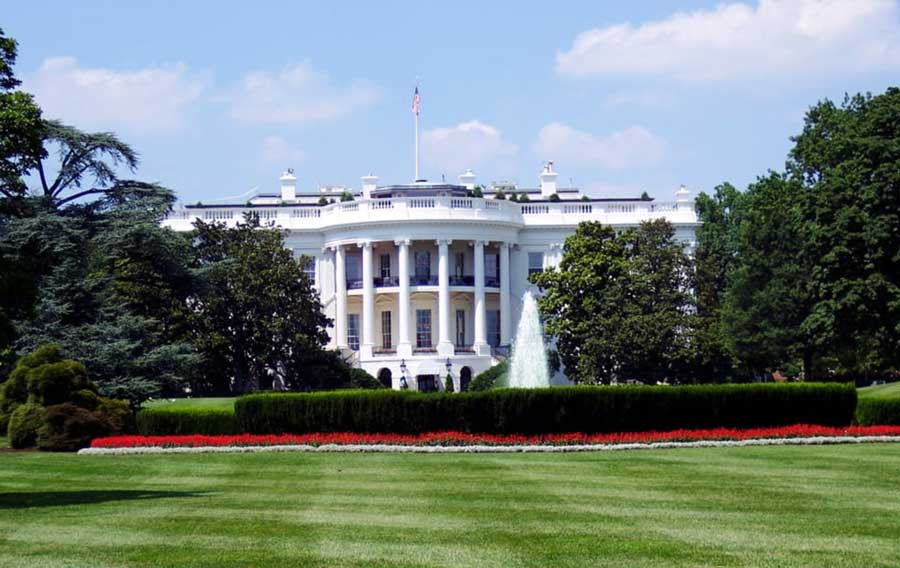 Shortly following the inauguration of Donald Trump as our 45th US President, millions of voices across the country (men and women) are making a stand for women’s rights and issues through a women’s march on Washington.  Literally, millions of Americans are participating in the march on Washington DC, Chicago, and every major city across the country.

The New York Times is running a live stream on their website.  Watching this video, it becomes apparent how many people are really involved.  There are so many frustrated Americans (and non-Americans for that matter) that are not happy about the outcome of the election.  I think it’s very admirable for individuals who feel this way to make their voices heard and stand up for what they believe in.

What message do the protesters have?  It’s called a “Women’s March” because it primarily centers around women’s rights and issues, but just as many men are participating.  The core message centers around disapproval of Trump’s remarks and attitudes toward women.  Additionally, concerns with his administration’s take on health care, abortion, and women’s health in general are on the table.  It has greatly expanded beyond this initial purpose to become a catch-all to protest all things Trump.

Another related movement called “He will not divide us”, connected with the march, is running a live stream for the entire duration of Trump’s presidency on their website: hewillnotdivide.us.  [UPDATE: This website was hacked earlier today, and should not be visited] This live stream encourages activists to vocalize their message by repeating the titular phrase for as long as they’d like.  The fact that it will be running for 4 years proves it’s authenticity and depth of concern.

My personal hope is that this level of enthusiasm for politics does not fade, and that all Americans become more active and involved.  Regardless of who you voted for, we are all Americans.  Stay strong! 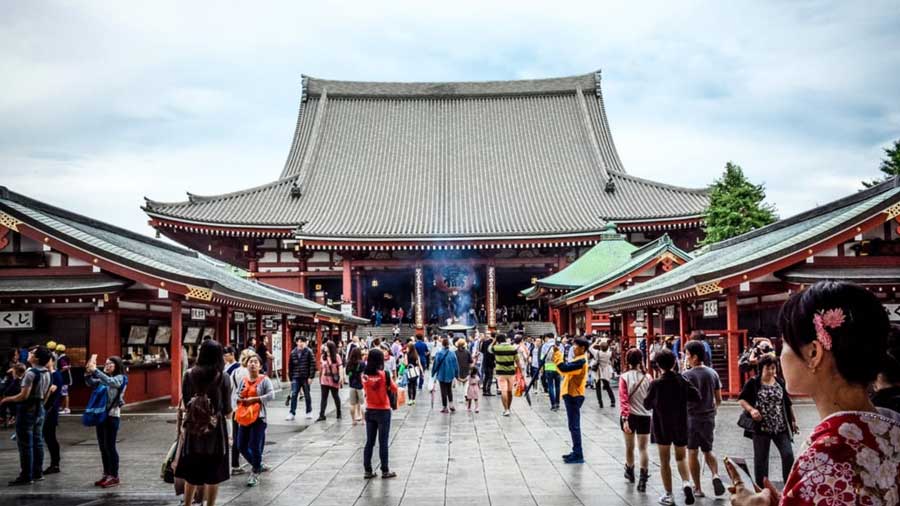 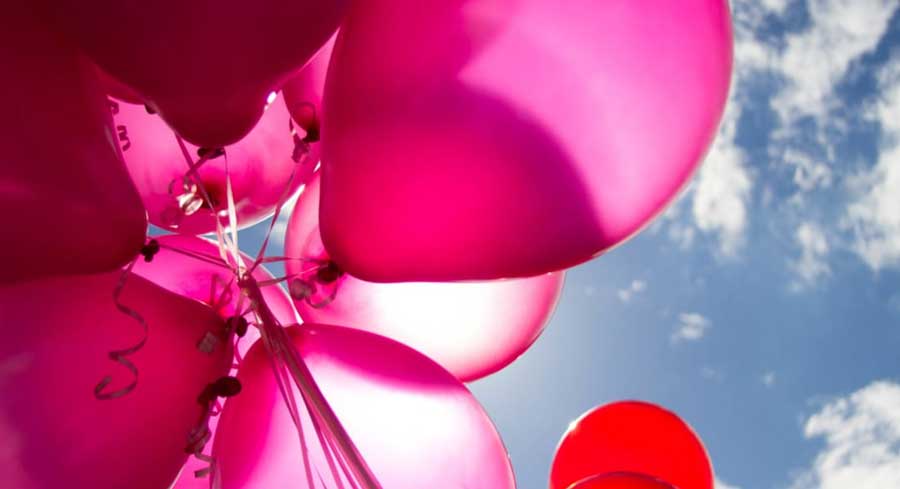 Your numerology birthday number, also known as your Life Path number, is the most important number in your numerology reading.  It is used to identify strengths and weaknesses in your personality, guide how you interact with others, and even predict future events in your life.  It is the first step in deeper studies into your numerological background, and is based on the month, day and year of your birthday.

The calculation to determine your life path number is very simple.  Start by writing your birthday numerically (MM/DD/YYYY).  Next, take add each digit in this form together.  Continue to do this process until you have a result that is a single digit.  The result is your life path number.

The importance of this number cannot be overstated.  It will be at the absolute core of all future numerological studies you will do.  To learn more about interpreting this number, please see our full page on the Life Path number. 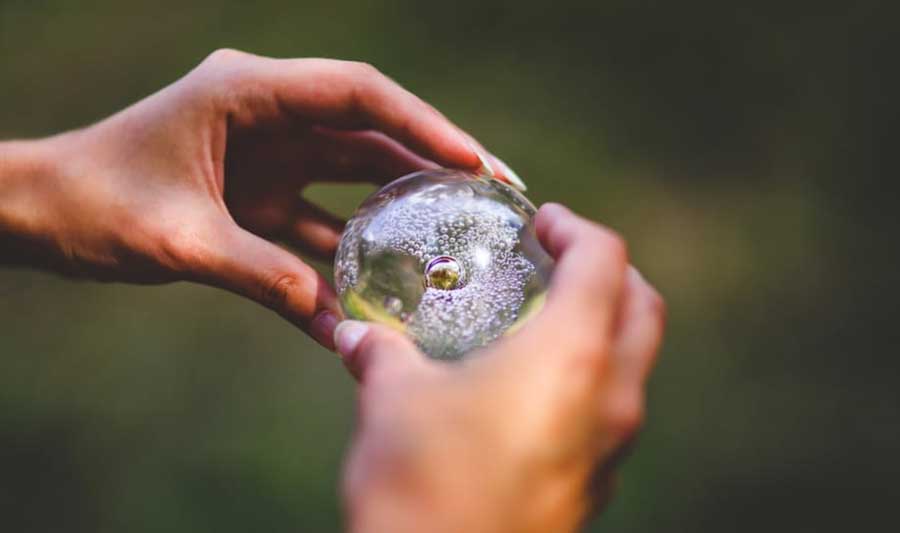 Whether you voted for him or not, President Elect Donald Trump will be inaugurated as the 45th President of the United States on January 20th, 2017 at 8am.  There are several future events we can predict based on this, using the various numerical values present in the event itself, as well as information we know about Donald Trump.

Trump was born on June 14, 1946, meaning that his Life Path Number is 6+1+4+1+9+4+6 = 31 = 4.  In addition, his inauguration date of January 20th, 2017 also translates to 1+2+0+2+0+1+7 = 13 = 4.  Combined with the fact that his elected term as President be exactly four years, this is a powerful correlating signal.  All together, it indicates that fours will find success and prosperity during his term.  It makes perfect sense that hard workers would benefit from his policies, and they rightfully should take advantage of this powerful alignment.

Ones will also Prosper

The 45th President will be inaugurated in 2017.  4+5+2+0+1+7 = 19 = 10 = 1.  He is also taking office in the first month = 1, and his first year is 2017.  2+0+1+7 = 10 = 1.  This indicates several things we can predict about Trump’s first year in office.  First and foremost, it is likely that individuals with Life Path Number 1 will be successful this year.  This makes sense, as many of Trump’s policies will help the upper echelons of society.  Because Ones are often in leadership positions, they stand to benefit from these policies.

The beginning of one president’s term also means the end of another’s term.  This means that the 8 year term of the 44th President, Barack Obama, will come to an end on January 20th of this year.  8+4+4+1+2+0+2+0+1+7 = 29 = 11 = 2.  Obama’s birthday is August 4, 1961, giving him a Life Path number of 8+4+1+9+6+1 = 29 =11 = 2.  This undeniable connection to Obama’s administration and the number two could indicate that the success and prosperity that twos enjoyed during his term may come to an end.  This doesn’t necessarily mean that they will experience hardships, just that they are less likely to receive the additional benefits of a life path alignment with the upcoming political transition. 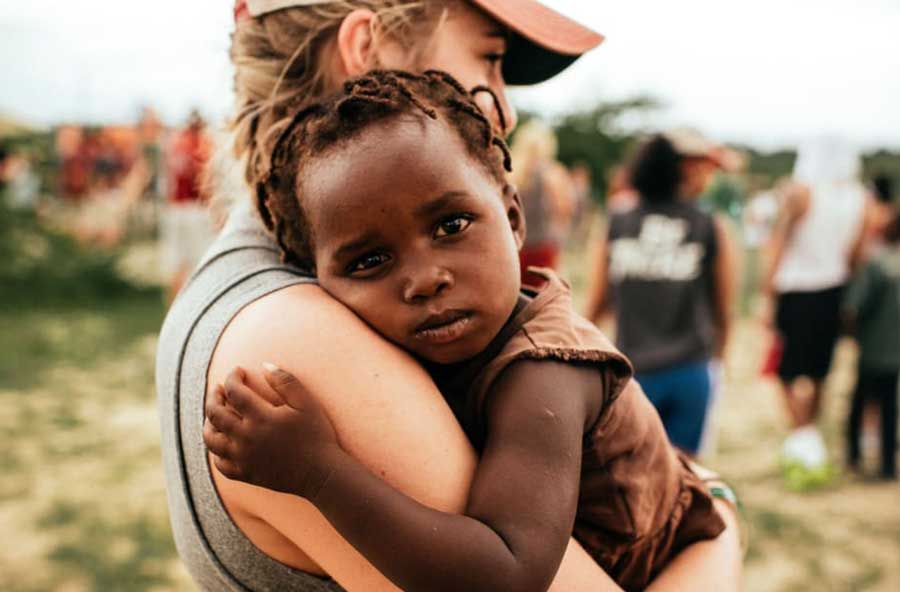 Those with a Life Path Number of 9 are also known as Noble Givers.  They are known for compassionate, generous and self-less.  Nines find fulfillment in helping others, especially the less fortunate, and often spend their time volunteering their time and money to various charities and good causes.  Their positivity is contagious.  They see the best in others, and are fast to make friends. 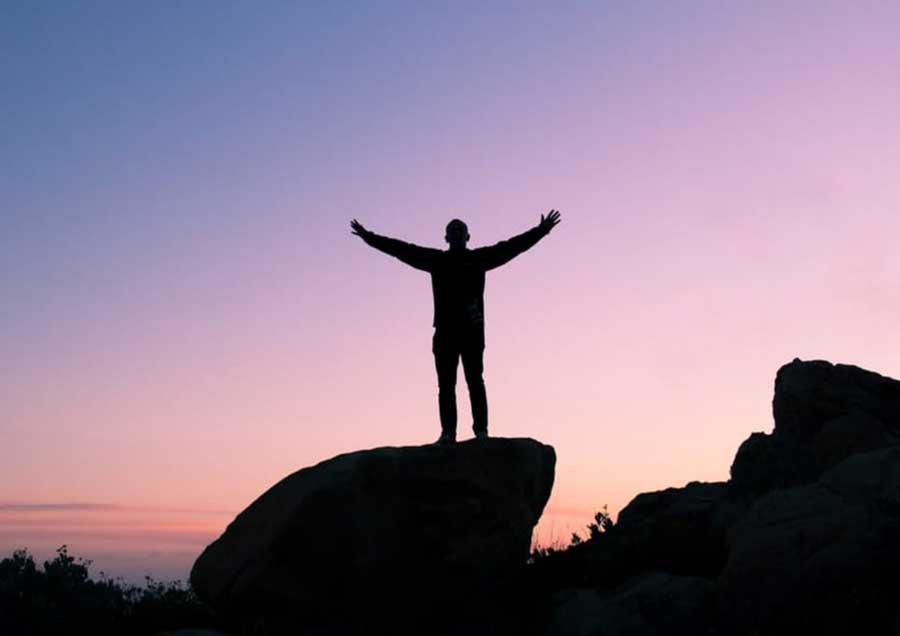 We call those with a Life Path Number of 8 “Powerful Achievers”.  They often follow a path of setting and achieving increasingly challenging goals, and are known for their unrivaled drive to succeed.  Eights typically have strong personalities and are great at motivating others to join their cause.  They are big thinkers, and are characterized by their high ambition and work ethic.

Many successful CEOs, surgeons, judges and politicians have the Life Path of 8.  We recommend that Eights go after positions of power and leadership in the disciplines of business, politics, law, medicine, real estate, insurance and sales. 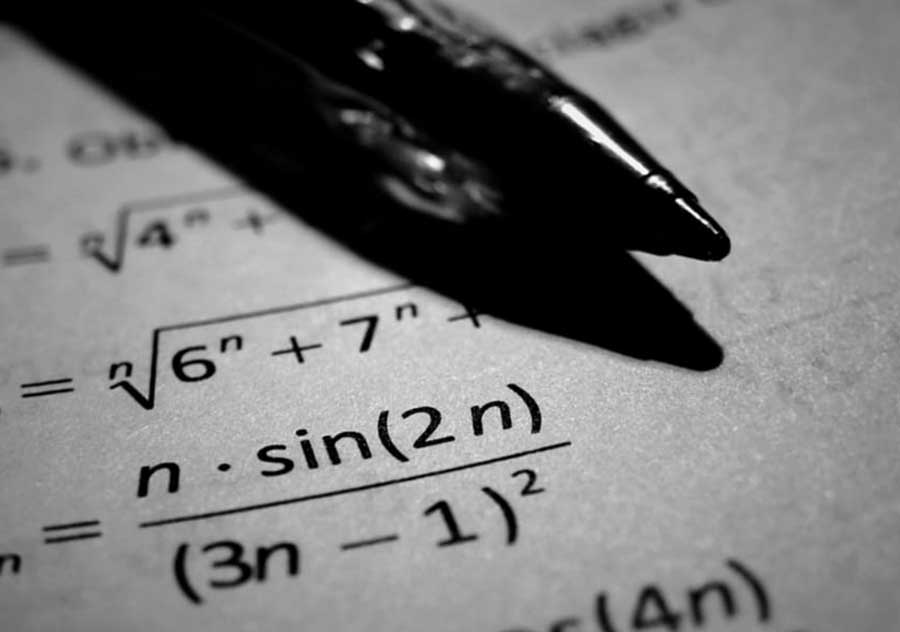 Those with a Life Path Number of 7 are known for their intellectual prowess.  We call them Keen Intellectuals.  They excel in the subjects of Math and Science, and use data to solve problems.  Sevens dislike guessing, and make decisions based on fact rather than feeling.  Though they can be affectionate, sevens are cautious and slow to make friends.  They are confident in their results, and typically have very a high IQ.  Sevens are also known for great memory and ability to solve complex problems quickly.